What Style Should my House Be?

If you are looking to build your first home, your forever home, or even remodeling your home, the style and appearance is often one of the top 3 priorities. Form can follow function, visa versa, or they can work in harmony with some compromises. Assessing with your design/builder what is most important to you will be critical to helping you make a wise investment in your future.

Housing in Vermont, while somewhat varied, has had a mostly utilitarian past. If you can imagine how harsh our winters are now, imagine them back in the late 1700's and 1800's when a good portion of Vermont was settled. Housing outside major cities and towns was highly utilitarian and in large part was an effort to keep from freezing to death. It was a basic rectangle, often with a large central fireplace. The size of the traditional "Cape" Style and its format isn't a coincidence. Most of these homes were built in the timber frame construction style up until the advent of readily available sawn lumber in the early 1900's. Their size usually was determined by size of trees and ability to lift the timbers as well as the spans capable of traditional 8x8 or sometimes 10x10 beams. Consequently, you see a lot of capes from this era that are 25-30' deep and 30-40' wide. Some have a pitched, or "gable" roof right down to the top of the first floor and others incorporated a half or "knee wall" 3' or 4' high to increase second floor useable space creating the 1.5 story cape 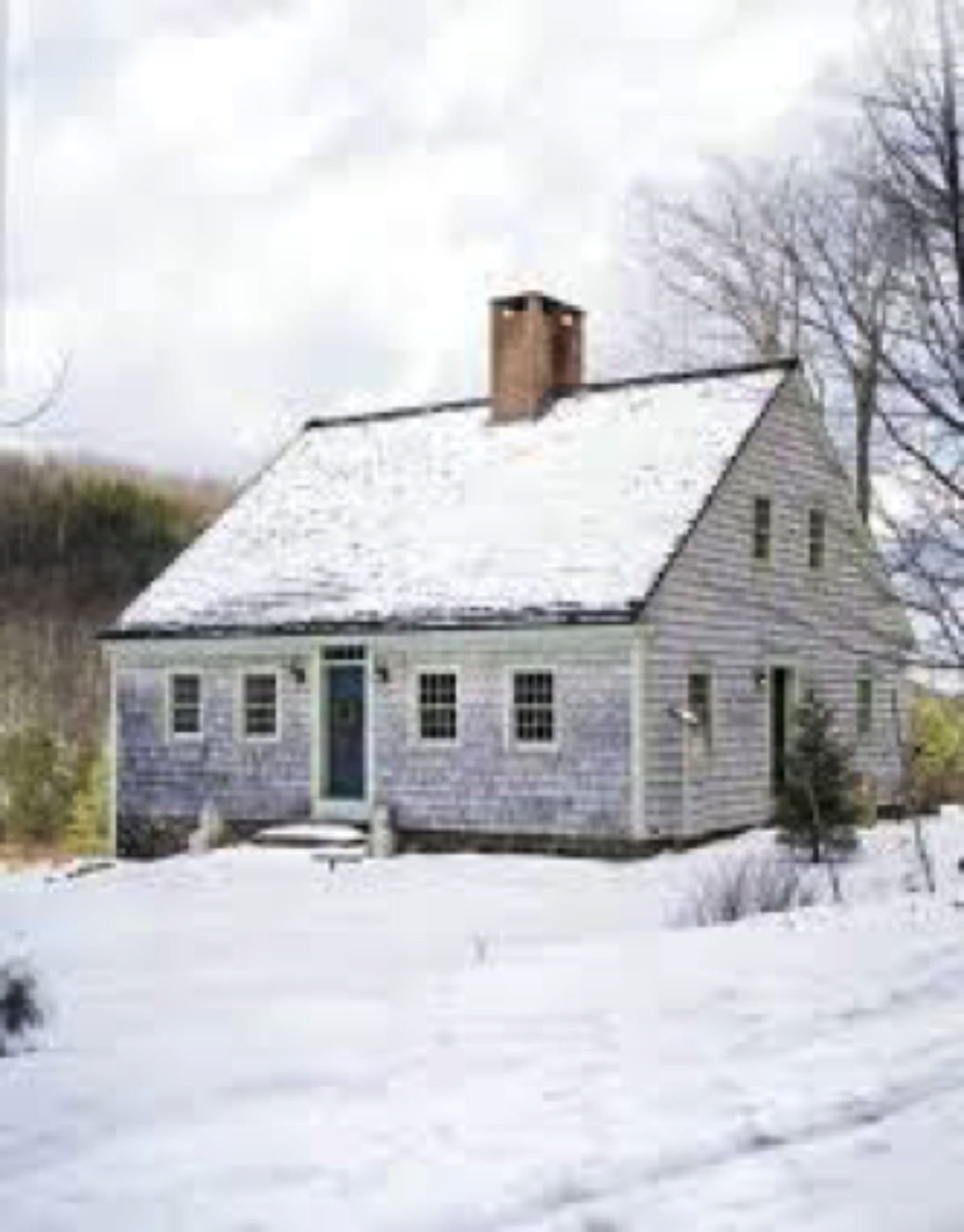 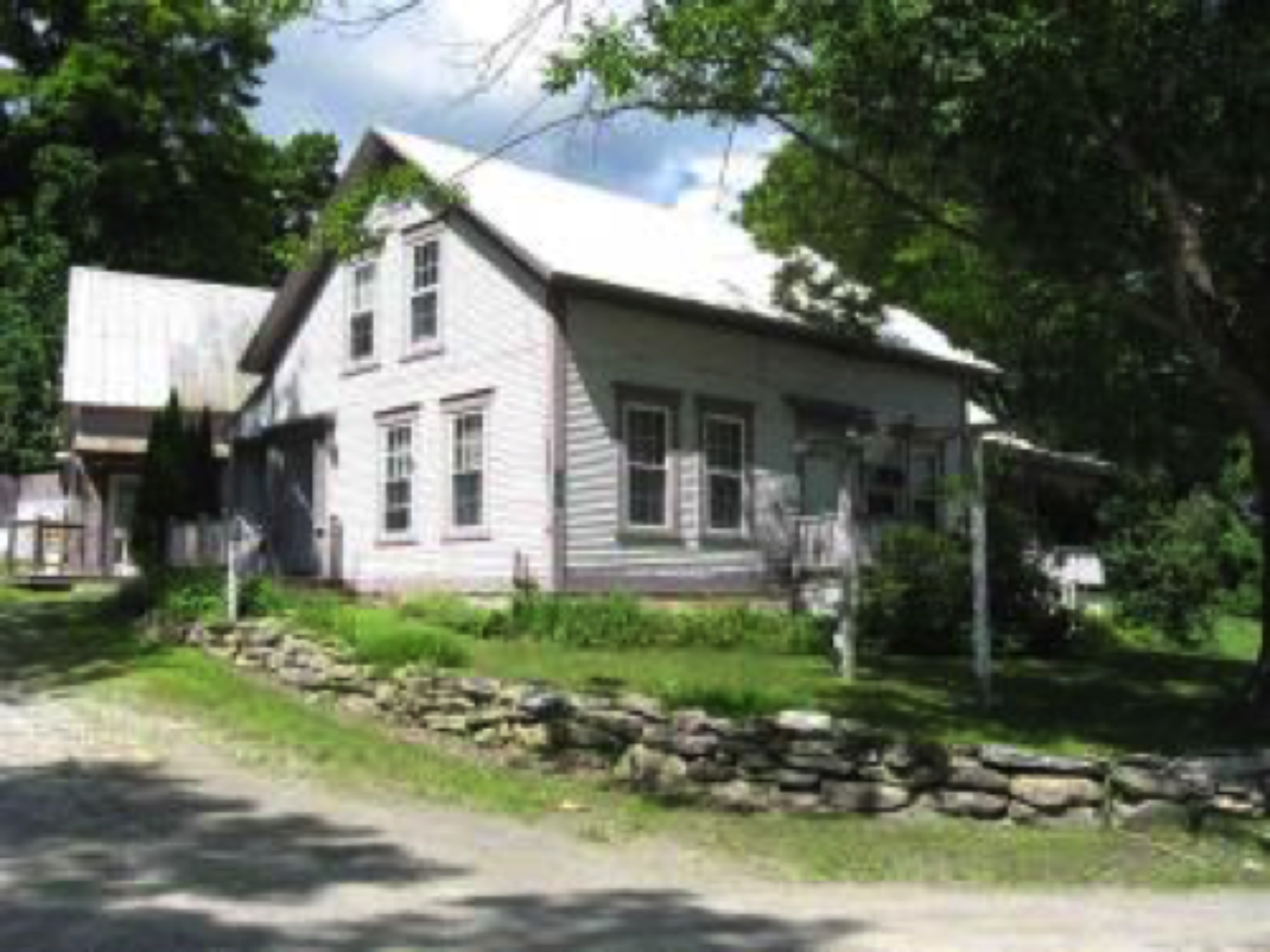 While housing styles varied slightly in bigger cities, the Cape and its big brother the Farmhouse Vernacular, ruled the rural landscape and in many ways still does. The Farmhouse usually incorporated a portion with a full second floor, or a 1.5 story cape with an ell or nested addition on one of the gable ends. It often grew organically responding to the needs of the owners. But rarely was housing planned and thought out in the rural landscape the way we do today.

The late 1800's also led to some ornate Victorian homes built in Vermont but they were mainly limited to the larger cities. The Colonial didn't catch on as much in Vermont until the advent of mass produced and manufactured housing. A 2 story, center entrance colonial, seen all over southern New England showed up occasionally as a Georgian style brick colonial in rural Vermont, but in the mid 1900's the mass produced colonial became more popular as suburban Vermont began to grow. The Colonial lends itself nicely to modular construction as it can be chopped into 4 neat boxes to ship down a road. It became an inexpensive format to construct homes either site built or manufactured off site in the 1800-3000 square foot range. Around New England, the 1950's through the 90's saw a great deal of these homes being built. In Vermont with modular home construction, it allowed people to get into their first home with 3-4 bedrooms. In general, the two floors were divided into quadrants each with a purpose. This layout led to floor plans that are now being renovated into larger more open spaces that fit modern desires for lifestyle and function. 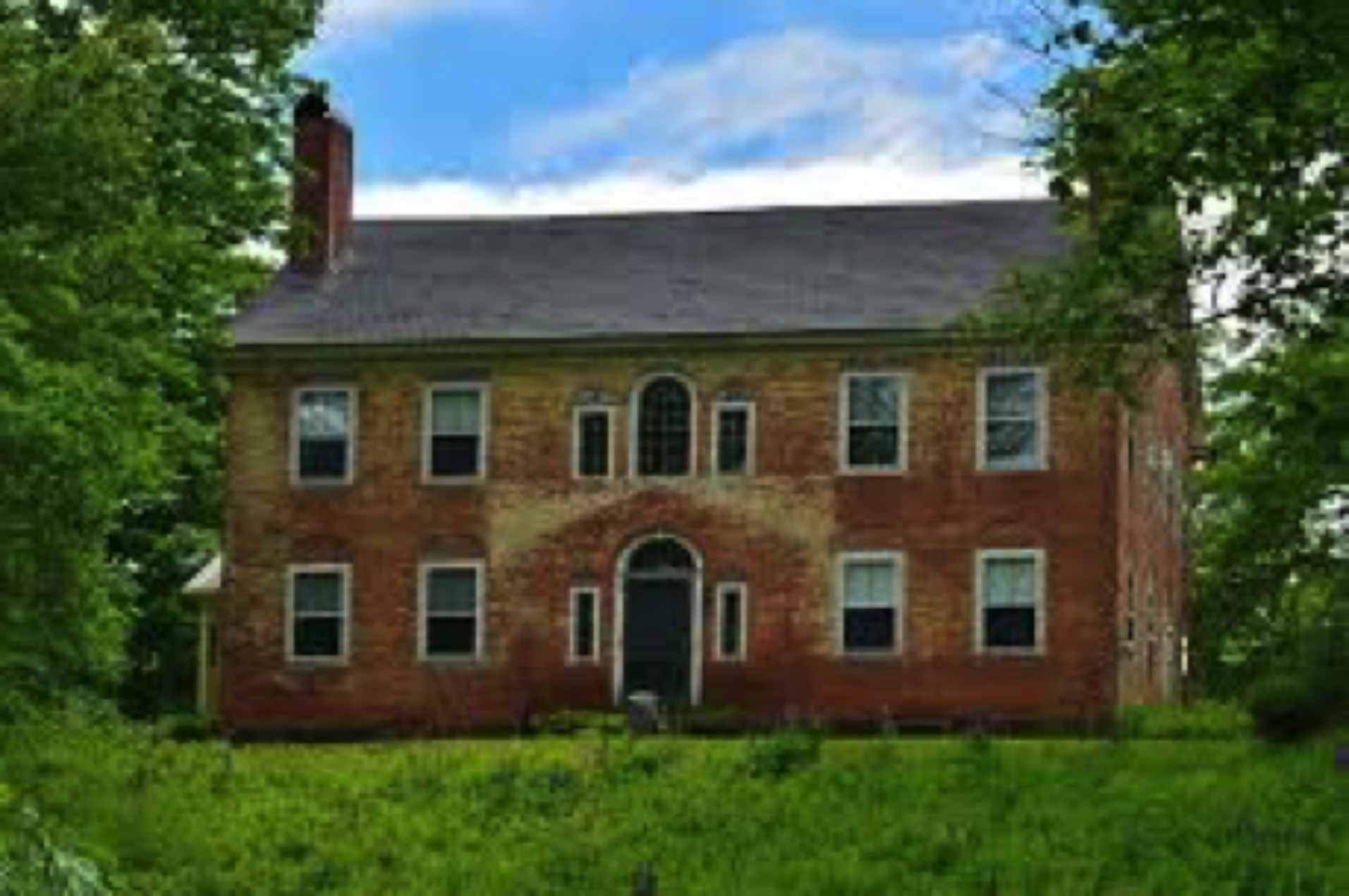 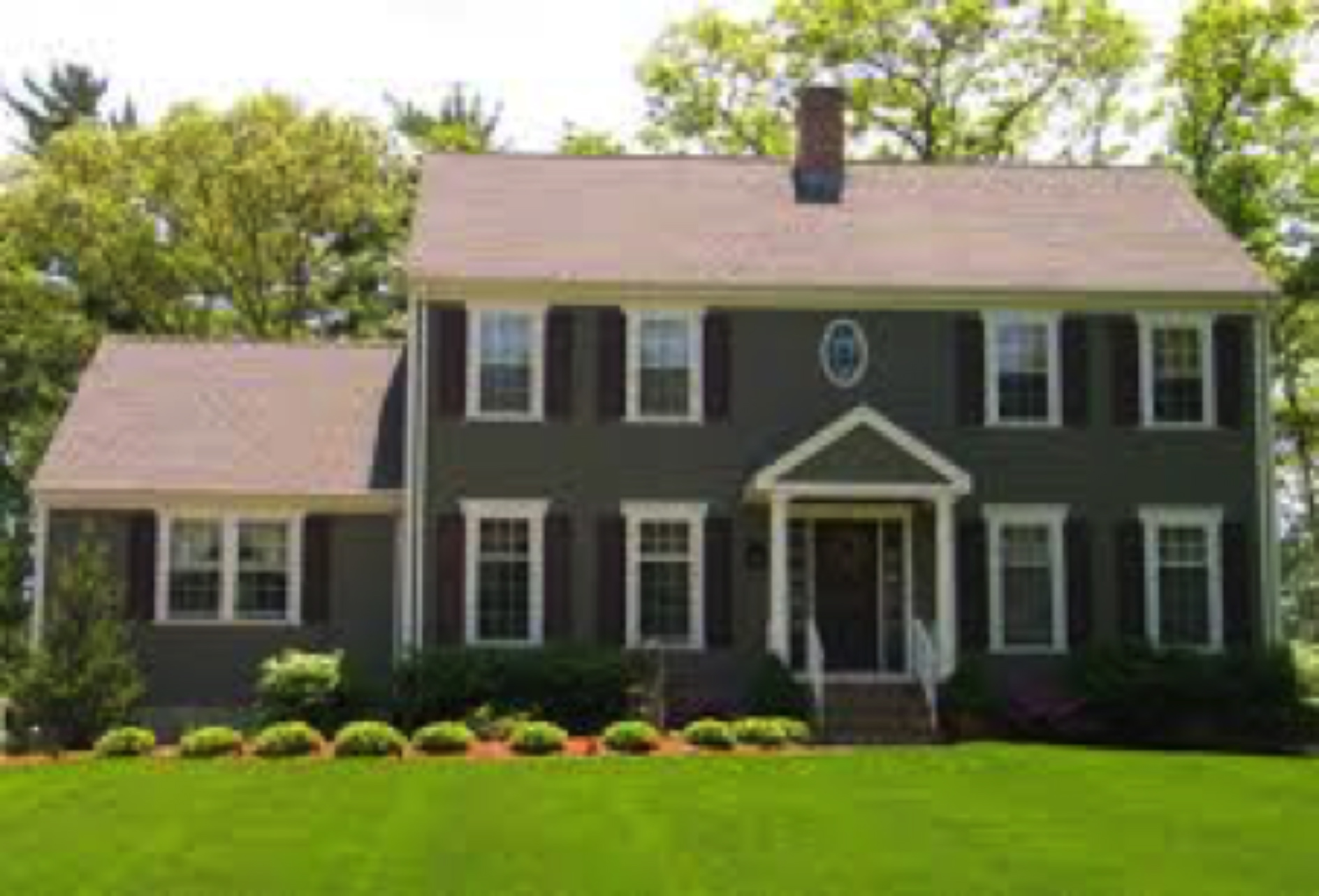 The Ranch and Split-level Ranch were innovations in housing that brought low cost housing in a new style. With the introduction of modern lumber and trusses, lower pitched roofs were capable of holding snow loads in northern climates without fear of collapse and a simple shape allowed for many starter homes to get people away from renting. The split-level ranch briefly arrived but just as quickly left here in Vermont offering only awkward floor plans and little advantage aside from building on a slope. The Ranch did, however, lead to more contemporary styles. 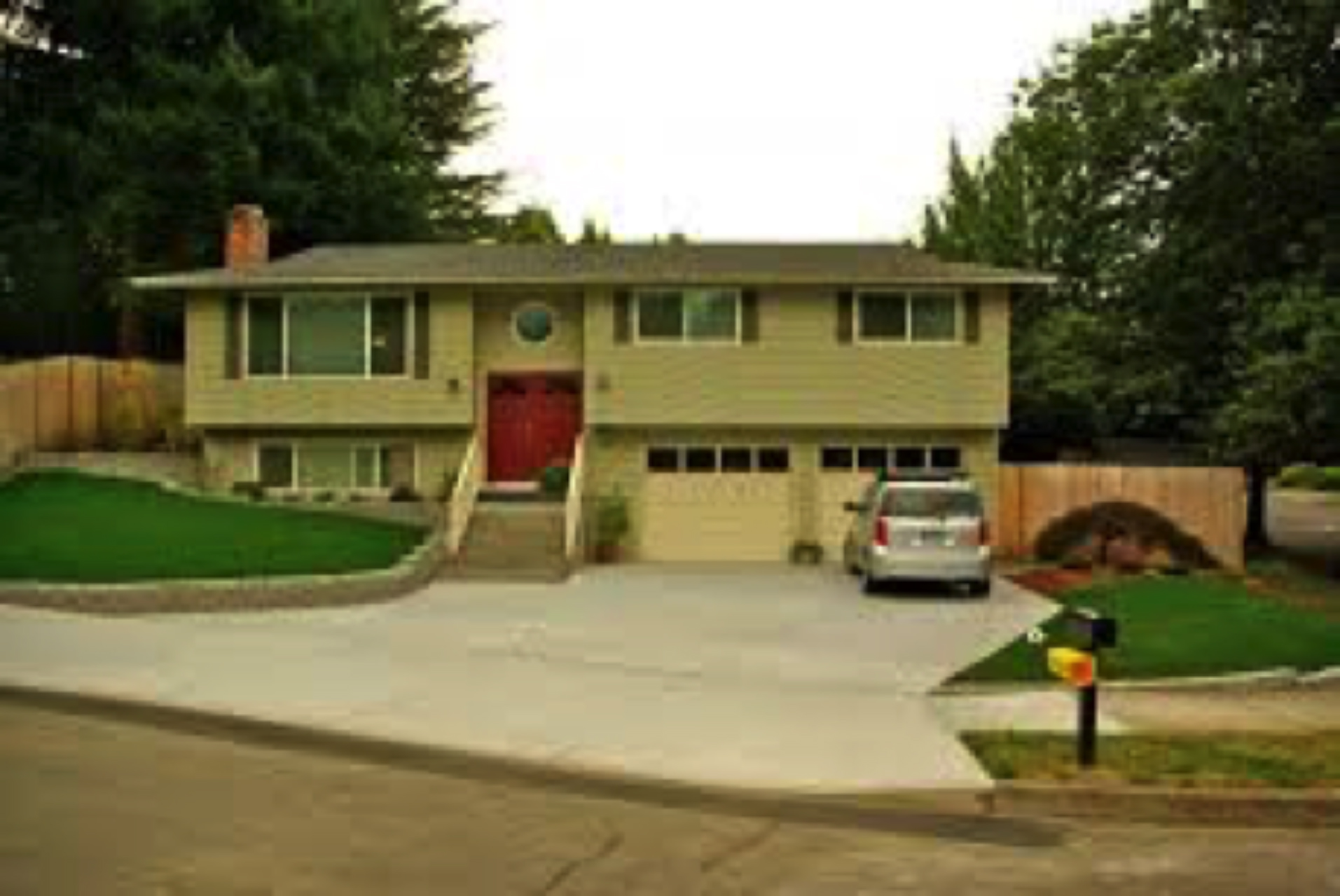 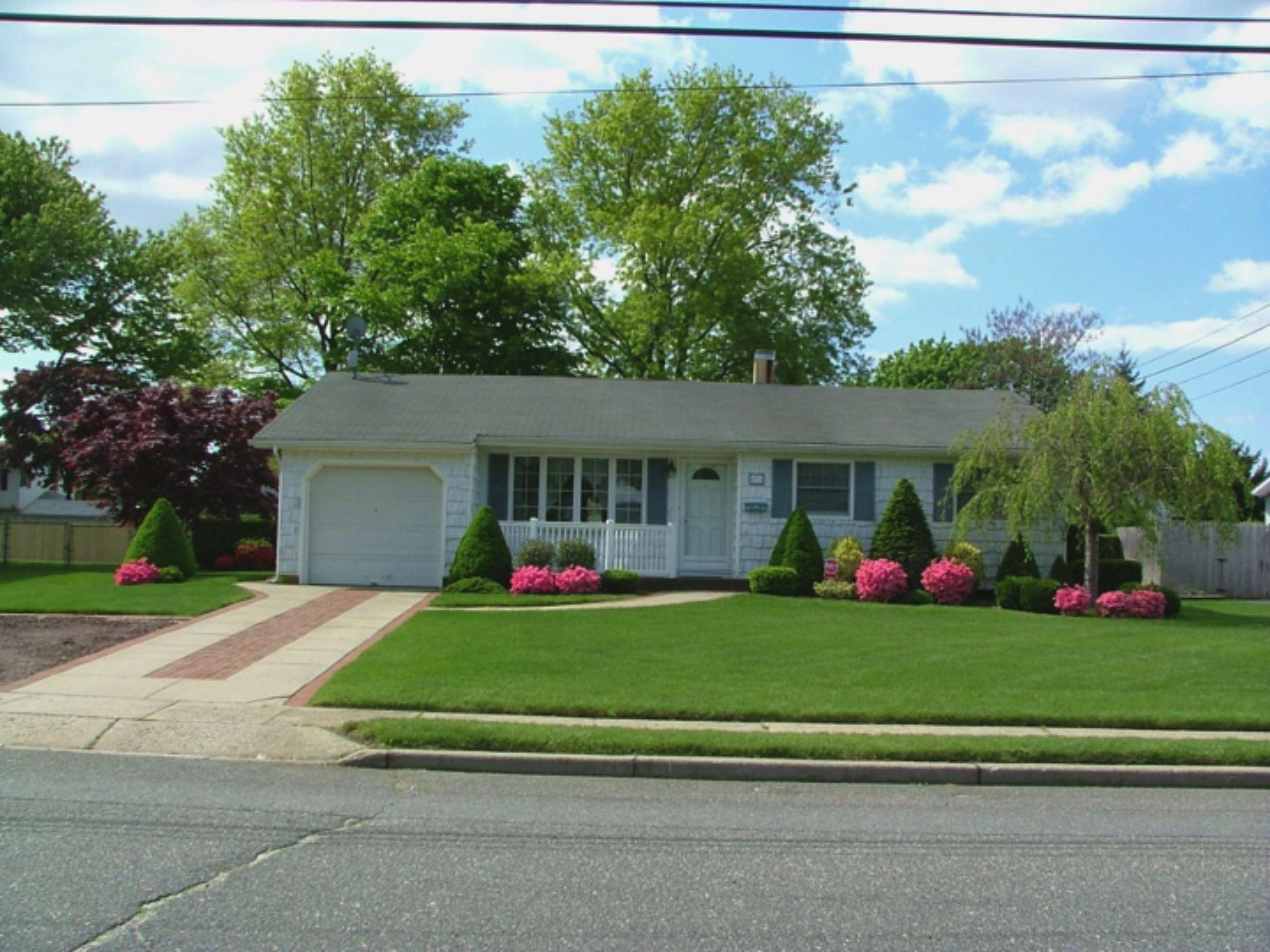 The Contemporary encompasses a wide selection of styles from Frank Lloyd Wright-ish homes to modern interpretations of one of the more traditional styles, to hybrids some might call: "mountain style" where elements of traditional homes are mixed in with the practicality of more contemporary roof lines. The contemporary has gained some traction in Vermont, typically in resort communities, or in homes with a focus on high performance and energy efficiency. Some larger developments have focused on the contemporary style because it allows the developer to incorporate the elements of high performance homes, with the flexibility of the floor plans at a reduced construction cost as often, contemporary homes are easier and consequently less expensive to build. 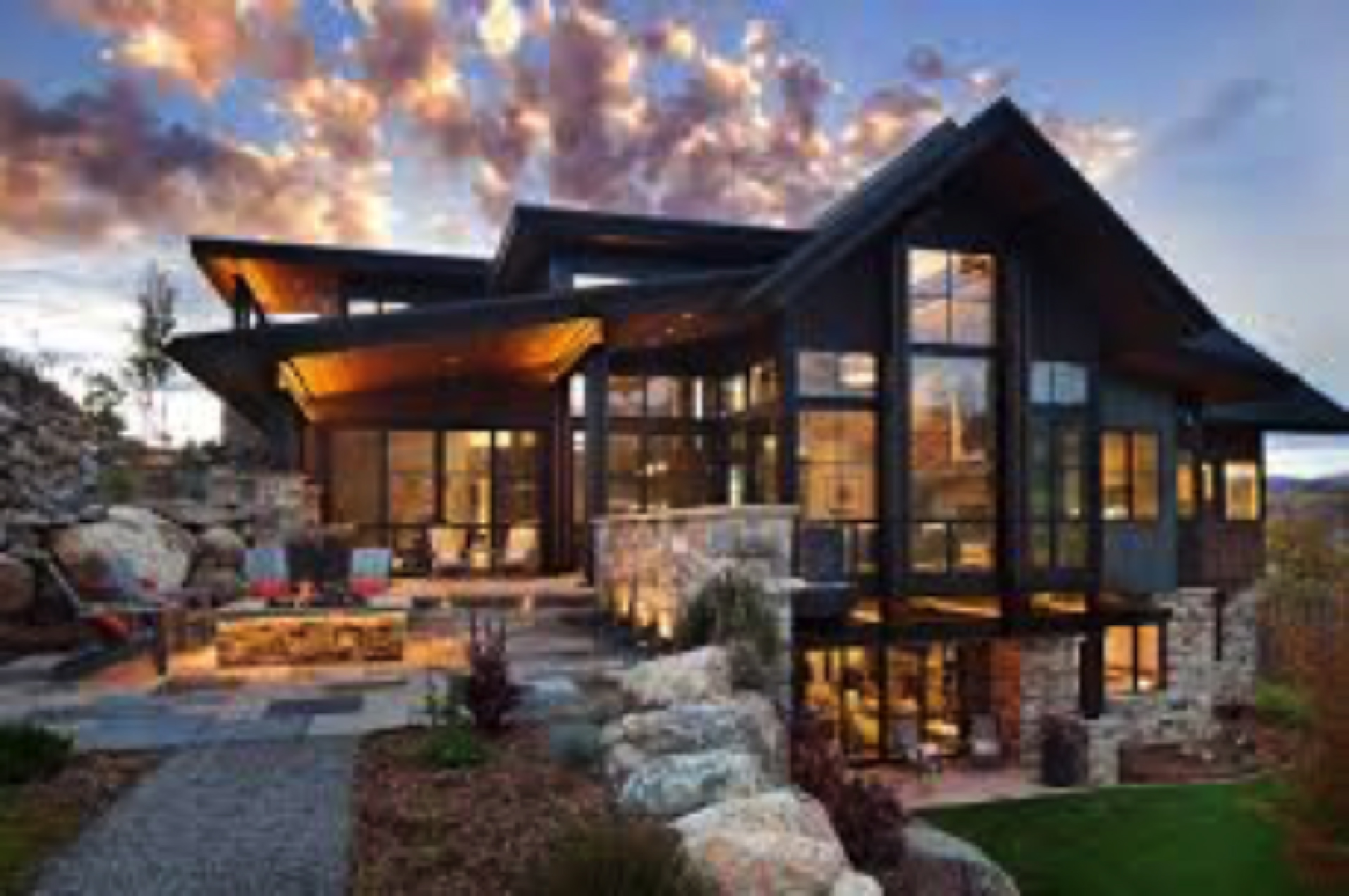 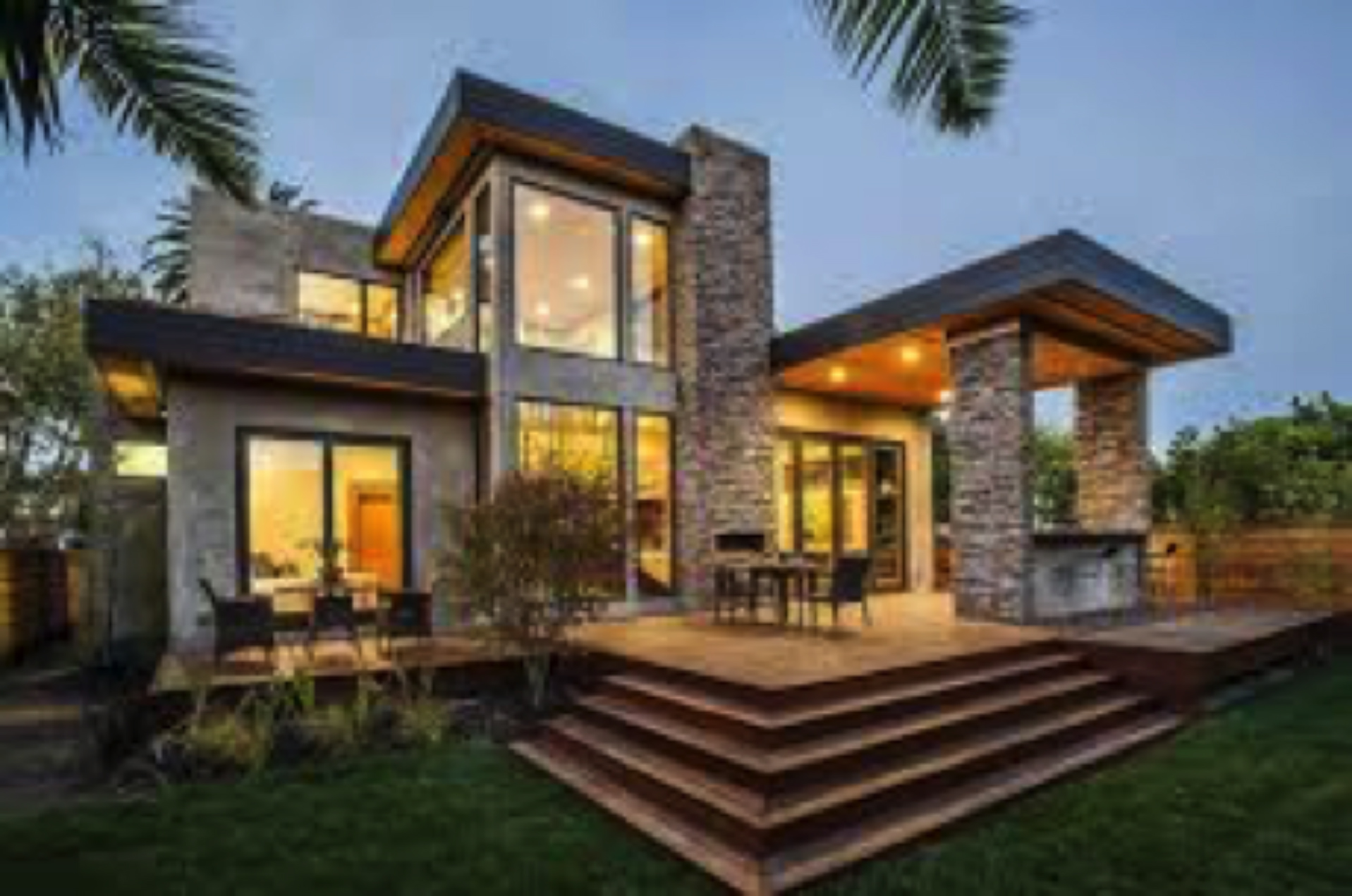 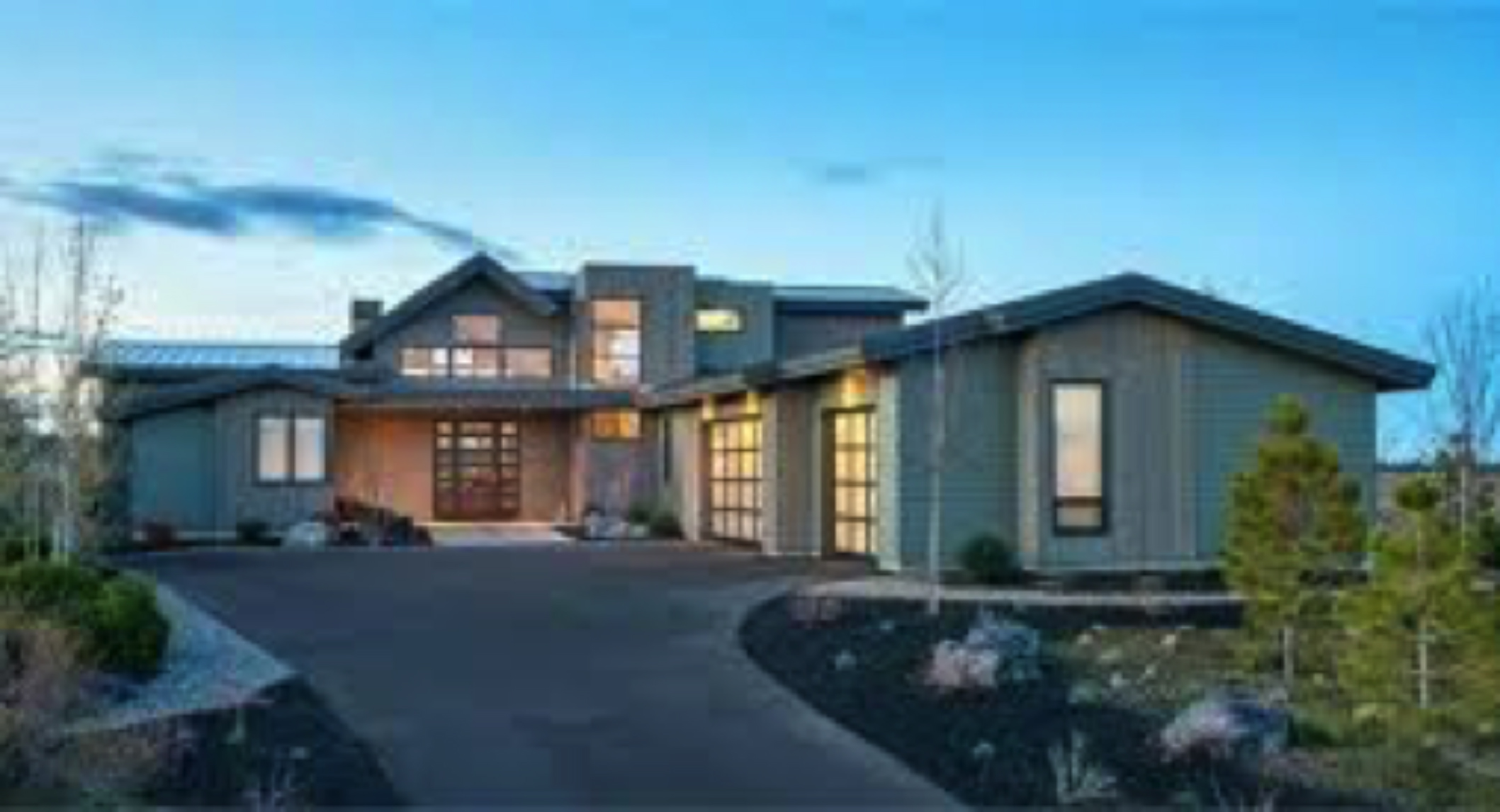 So which to choose? You will yield the best results from a thorough search of pictures and drive-by's of homes you like and don't like. Those "likes" need to be integrated into the floor plan you are looking for to match your lifestyle and wish list. More traditional styles lend themselves to rectangular shapes (due to their roofs) and contemporary styles have fewer restrictions on the floor plan. One problem arises when a large, more square floor plan is desired with a more traditional style. You see this in a lot of larger homes built in the southern portion of the country where massive hip roofs, are adorned with valleys and gables to break up their imposing size. These homes, however aren't the best idea for our climate here in VT as they often leaded to snow and ice issues with snow catching valleys and drainage issues. 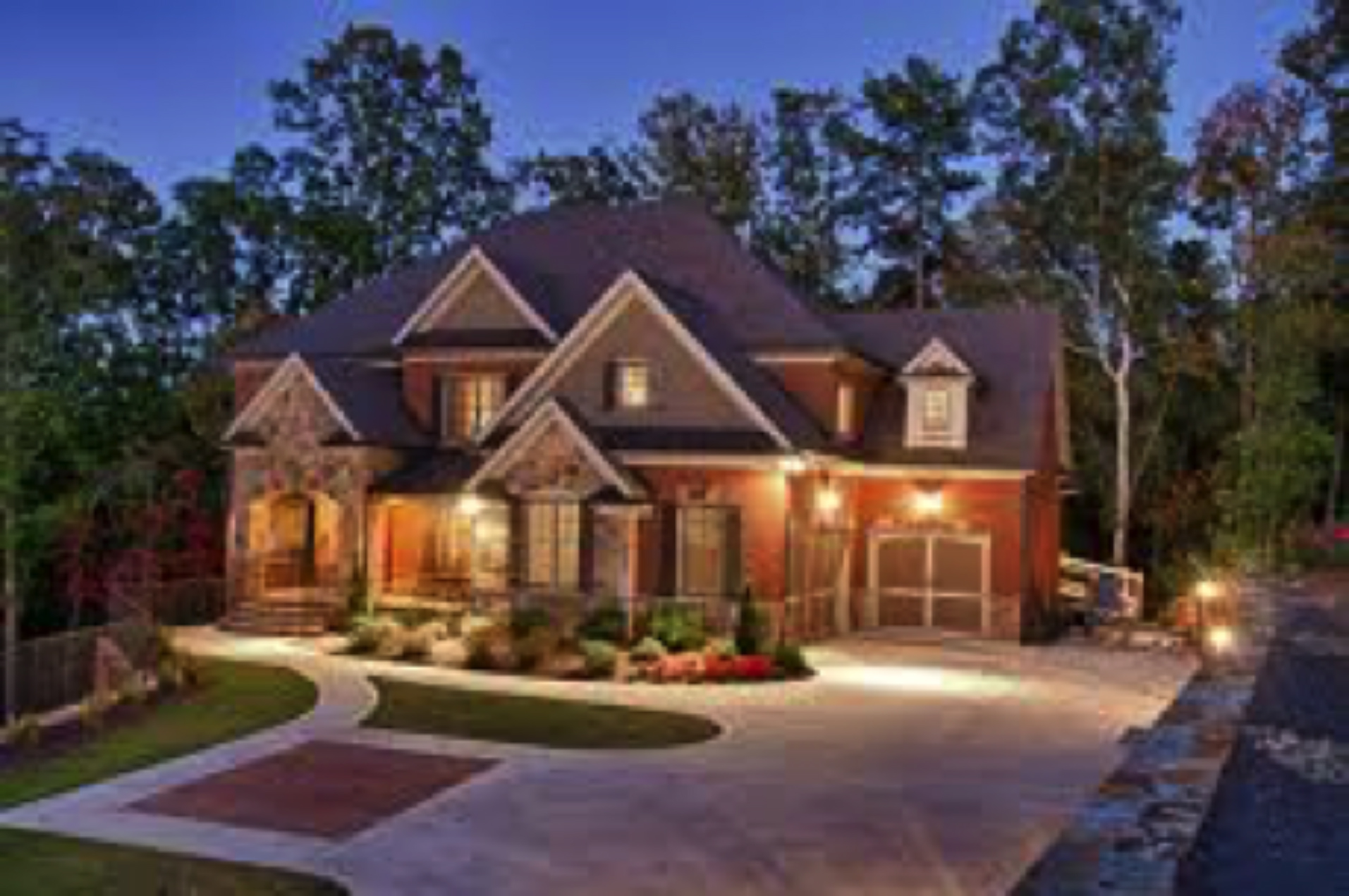 Then all of this needs to be assessed within the desired budget. Simple rectangular boxes and gable roofs are inexpensive to build and can be built in modular fashion but don't lend themselves well to modern open concept floor plans. When ells and wings are added, costs increase and roof lines become more complicated - those lead to increased cost from the foundation, through roofing, drywall, insulation details, siding interior and exterior trim etc.. Style and Design is important in a custom home and needs to be given its appropriate place on the hierarchy of needs for the home owner, but an accurate understanding of the chosen styles and its pros and cons need to be given attention.

Energy Efficiency and High Performance also play a role in the home's overall design. At one end of the spectrum you have passive house design which, to a certain extent, limits orientation, windows, wall thickness etc. in lieu of creating a home that is at the pinnacle of high performance. They don’t have to be a windowless box, but there are compromises that must be made to achieve those results. On the other end is a design that pays little to no attention to design principles of energy efficiency, and either absorbs those energy costs, or attempts to make up for the shortcomings with better mechanical and insulation systems. More often than not, it is a happy medium that needs to be found that matches the home owner's desired style, budget, and interest in features of the home.

When you are building a custom home, your primary goal should be to design it around who you are and how you want to live. The designer's job is to then walk you through the process of choices, options, and outcomes so eventually you can make the best choice for your future.

Popular Posts
The Anatomy of a New Home Build - Part 3: Framing with a Crane
What Style Should my House Be?
The Advantages of Working with a Design Build Company
The Difference Between Margin and Markup
Cost Plus vs. Fixed Price Contracts